Welcome to our Church- we hope you enjoy your visit

Please take time to wander around the church and the graveyard 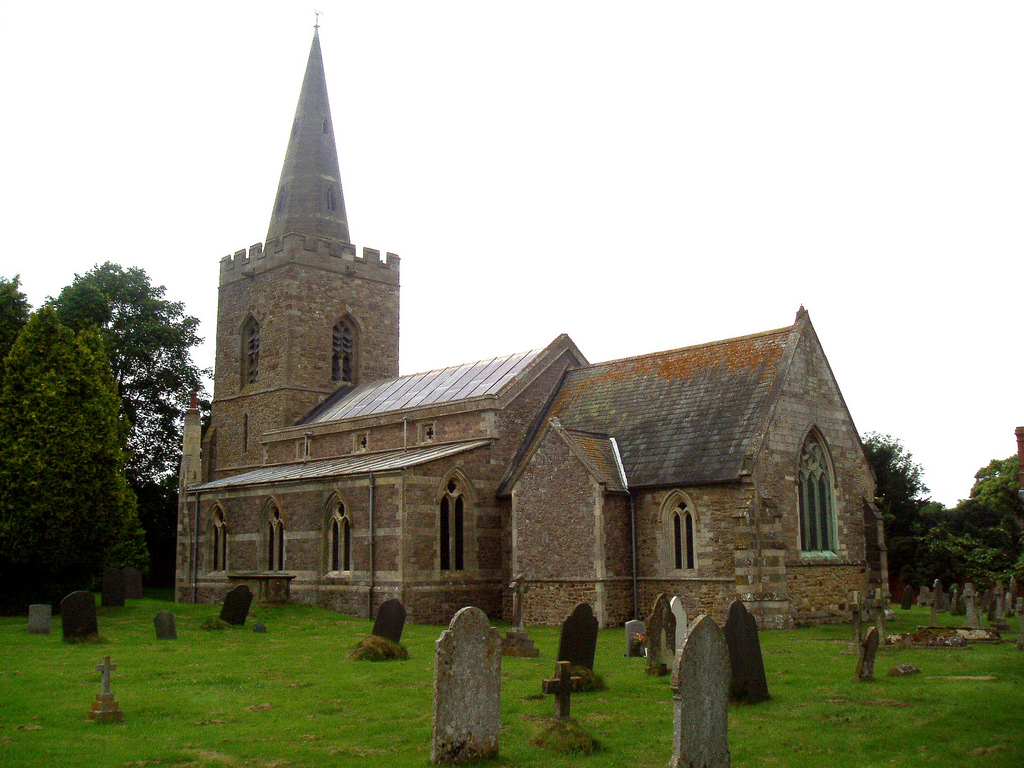 It is believed that the Church was built around the time of Henry II (1154 to 1189) when it comprised the existing Chancel, central Nave, north aisle and the bell tower (without a spire). The period is Early English. The arches at the east and west ends of the Nave are dignified in their proportions and regarded as fine examples for their period. It is likely that Robert Rabaz was responsible for the construction and it is possible that his tomb lies under the Lady Chapel at the east end of the north aisle. 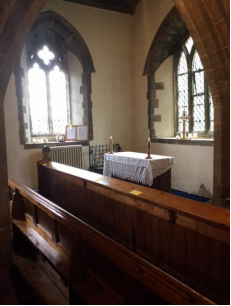 There is a Curia Regis Roll (131) dated 1211 which refers to Robert acting as Justice in a variety of land disputes in the area (then known as Kynelyngworth). The Coram Rege Roll 186 of 1382 relates how the Parson (John Chamberlayne) and his servant John encountered one Nicholas Wyseman in a field near the Church. Because of an old dispute a fight ensued resulting in the death of Wyseman at the hand of the servant. In response to a claim of self-defence Chamberlayne obtained a Royal Pardon for his servant after evidence to the Coroner, Thomas de Quenby.

At the east end of the Chancel, adjacent to the altar, there is an ancient aumbry (a recess in the east wall) which would have been used to store the Communion vessels. This is now accessed by a small, hinged door in the carved wooden screen fixed to the east wall. 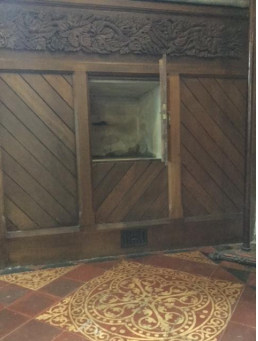 A piscina (with drain) is adjacent to the east window in the north aisle and above it is evidence of a now closed off access to a rood screen loft. A second larger piscina is to be found adjacent to it on the south wall. 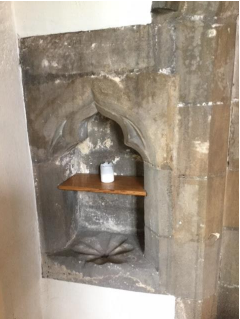 The now empty niche to the left of the altar probably once held a statue of the Patron Saint and was possibly lost or destroyed when the Parliamentarian army occupied the Village when en route to defeating the King at Naseby in 1645. Evidence of the presence of troops survives in the name of The Billet (on Back Street) and was probably due to the presence of a Smithy plus abundant springs in the upper Avon valley. Victorian correspondents also commented on the fact that “the stonework was much mutilated before restoration.”………